OnePlus Nord 2 is OnePlus latest affordable handset. It’s not particularly strong in any one area, but it’s a solid blend that could be precisely what you’re looking for.

What exactly do you require from a smartphone?

When looking for a low-cost smartphone, it is most likely the question you should be asking. If you want the best phone, you need to have everything. However, if you don’t want to spend an excessive amount of money, you’ll need to perform some introspection. Do you desire a high-quality camera? How about long battery life? Is there a big, stunning display? Are you looking for a quick turnaround?

The MediaTek Dimensity 1200 5G CPU, which is a cheaper alternative to Qualcomm’s top Snapdragon chips, is the biggest sacrifice on the OnePlus Nord 2 list of specs. What’s more, it doesn’t actually make a difference. The Nord 2 is quick and responsive due to its large 12GB of RAM. This OnePlus Nord 2 also provides fast 5G connectivity, as the name implies.

Another feature that contributes to the phone’s responsiveness is the 6.43-inch, 90Hz AMOLED display. Although 90Hz is now nearly standard (unless you’re Apple), OnePlus still gets additional points for adding it on a less expensive device. However, it is not dynamic: you must manually change the display to either 90Hz or 60Hz, with the latter being the default.

Finally, the Nord 2 runs OnePlus OxygenOS 11.3 on top of Android 11, making it one of the greatest Android software combinations available today. Because OxygenOS is so near to stock Android, OnePlus phones will provide you with the closest experience to owning a Pixel phone without actually owning one. If you’re a developer, OxygenOS comes with a slew of extra capabilities, including iOS-style gesture navigation. One thing to keep in mind is that the Nord 2 comes with two years of Android updates and an additional year of security patches from OnePlus.

The Nord 2 has a 4,500mAh battery with 65W rapid charging, which should last you one and a half days (one day if you’re a heavy user). Some folks are unconcerned with quick charging, but I am. I don’t have to charge the Nord 2 at night because it charges from 0 to 80 percent in around 20 minutes. I simply plug it in every now and then for a few minutes, and I’m good to go. Oh, and one more thing: the charger is included in the box. That’s it, iPhone 12.

The OnePlus Nord 2 5G is a basic Android smartphone in terms of design. The triple rear camera is housed under a modest (by today’s standards) hump on the back, along with the OnePlus logo. Both the front and back of the phone uses Gorilla Glass 5, which provides considerable scratch resistance. Even so, you’ll want to safeguard both sides. Thankfully, the Nord 2 comes with a pre-applied screen protector and a see-through case, so you’ll be ready to go right away.

On the front, there’s a thin bezel at the bottom and a punch-hole in the upper left that houses the 32-megapixel selfie camera.

Finally, the phone’s frame is made of plastic, but it has a metal-like appearance, and I honestly mistook it for metal until I looked at the specifications page. The whole thing is a little slick, so you’ll want to keep it in a case.

The form factor of the Nord 2 appeals to me. Many new phones have unusually large displays, making them difficult to hold and operate with only one hand. OnePlus Nord 2 is somewhat smaller and slimmer than the OnePlus 9, but it fits comfortably in my palm.

The OnePlus Nord 2 is available in two colors: Gray Sierra and Blue Haze. My review item was gray, and while it has a beautiful, almost shiny appearance when viewed near, it isn’t particularly appealing from afar. OnePlus was gracious enough to provide some unique extra cases with the gift, which made it a lot more interesting. 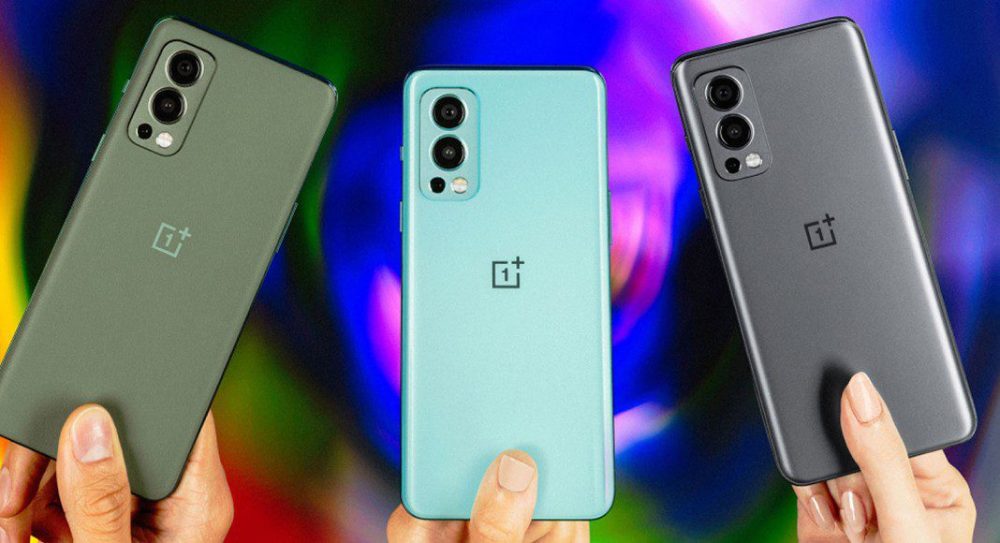 The camera is not bad, but it’s not so great. When you take a couple of fast shots in the twilight, you can examine a smartphone’s camera. Most phones capture excellent images in bright light, but only a few consistently deliver excellent shots in dim light.

In this test, the OnePlus Nord 2 performed poorly. Its night images were dazzling, but they were all over the place. When you zoom in on the sea waves in the shot above, they resemble a watercolor painting. In addition, its low-light images had an artificially yellow hue to them.

The Nord 2 performed significantly better during the day, because of its 50-megapixel primary sensor, which can record a fair amount of information. I still thought the photographs were a little too bright on occasion, but it wasn’t a major issue.
The ultra-wide camera features an 8-megapixel sensor, and the absence of details reveals the low megapixel count. Colors are much more faded out than in images shot with the main sensor, which are bright.

You can zoom in as much as you want, but don’t go beyond 5x, or the photographs will become unusable due to the loss of detail.
Finally, the Nord 2 includes a 32-megapixel selfie camera that, once the cosmetic elements are turned off, provides fairly accurate shots.

The Nord 2, on the other hand, boasts impressively loud stereo speakers. It’s also worth mentioning that it comes with a 65W quick charger, which is a nice bonus.

What’s available and what’s not?

The Nord 2 is a budget smartphone, so expecting it to feature all the bells and whistles is unrealistic. However, the list of items that aren’t present is relatively brief. The Nord 2 lacks a water resistance rating and a headphone jack, both of which are standard these days, yet some competitors ship it with low-cost phones. It also lacks wireless charging, which is a rather common omission for a budget phone.

For a handful of reasons, the OnePlus Nord 2 is the company’s first smartphone. It’s the first OnePlus smartphone to include a MediaTek processor, as well as the first to launch with the OxygenOS and ColorOS merged operating system. I wasn’t a huge fan of the original Nord since I thought the value proposition it offered was inferior to that of other smartphones available in Europe. The OnePlus Nord 2 is a game-changer for me, and I’m quite thrilled with it.

The OnePlus Nord 2 5G arrives in Europe and India as a solid candidate for a premium mid-range device, and the Density 1200 SoC deserves a lot of respect. While the Nord 2 isn’t a true flagship due to the existence of the OnePlus 9 and OnePlus 9 Pro, the SoC is MediaTek’s current flagship. To promote the device OnePlus is counting on the signature OnePlus experience, and as my colleague Aamir Siddiqui pointed out in his early impressions of the Nord 2, OnePlus’ Dimensity gamble has paid off.

The OnePlus Nord 2 is a fantastic mid-range device. It offers a nice feature set, operates well, charges quickly, and has good battery life. It produces acceptable, if not excellent, photographs. The design won’t blow you away, but don’t expect it to outperform significantly more expensive phones in every way. Finally, the OxygenOS software from OnePlus is one of the greatest Android skins available.

The Nord 2 isn’t available in the United States, which may be its biggest fault. It costs €399 ($466) in Europe, which is a reasonable price for what you receive.