‘You Are World Champion’: Legends Share Heartfelt Messages for Messi 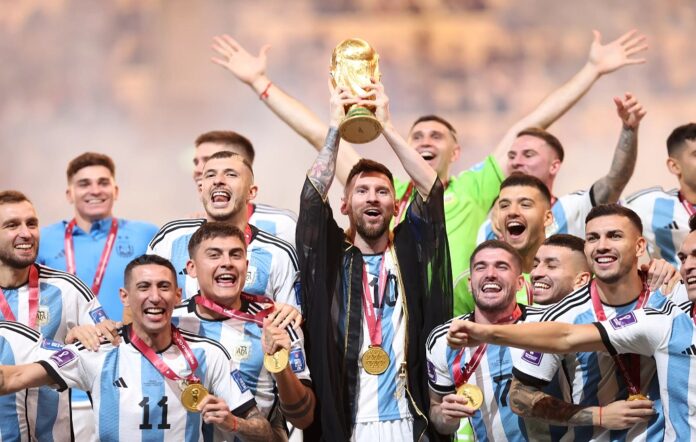 The FIFA World Cup 2022 trophy was won by Argentina, captained by Lionel Messi, against France in a thrilling final on December 18 at the Lusail stadium in Qatar (Sunday).

Messi, 35, added yet another prize to the collection, making his final World Cup game as memorable as it could be. When Messi raised the trophy following the win, congratulations from the sporting community flooded the internet. Check out some of the notes sent to Messi and the Argentina team below.

Neymar, a legendary footballer from Brazil, praised Lionel Messi by posting a photo of the latter holding the trophy and writing, “Congratulations Brother”.

In a tweet, Real Valladolid president Ronaldo Nazario thanked Messi and said, “This guy’s football tosses any rivalry to the corner. In this thrilling final, I observed many Brazilians and others from all around the world supporting Messi. A fitting send-off for the genius who led an era rather than just being a World Cup star.” “Congratulations Messi!”

Is messi the best athlete of all time? Forget just football. What a man.

“Congratulations friend! YOU ARE WORLD CHAMPION. Let them say what they want, you are and will be the best.”

The “GOAT – Greatest of All Times” label was also bestowed to Messi by elite basketball players Trae Young and LeBron James.

Here’s a look at tennis legend Serena Williams’ tweet on the famous match between Argentina and France in Qatar, which was the nail-biting conclusion to the tournament.