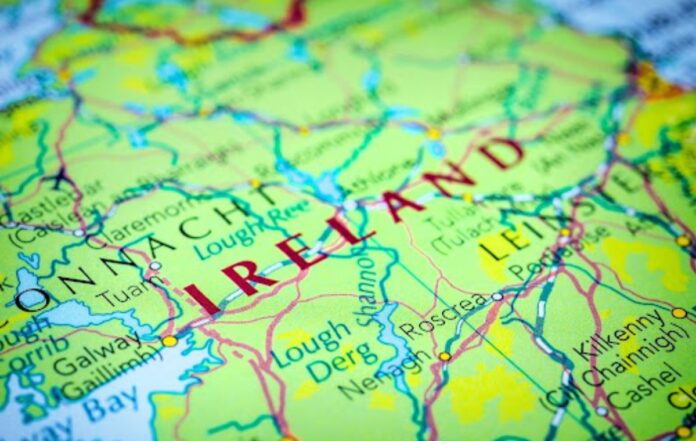 For many years, Irish lawmakers have promised their constituents that gambling reform was on the horizon.

There has been progressing toward the official formation of a gambling regulatory authority in Ireland along with the real change in the gambling legislation. The early appointment of Anne Marie Caulfield is one of the major milestones toward that goal.

Irish gambling enthusiasts will soon be able to play their favorite casino games more safely in a regulated environment with true player protections ensured by this new legislation.

A Gambling Regulatory Authority in Ireland

The Republic of Ireland planned to establish a gaming regulator for the first time in 2019. The legislative bill outlining the new scheme was released in October 2021, entitled the General Scheme of the Gambling Regulation.

Ireland has outlawed many forms of gambling and these new laws will reform the gaming scene throughout the country. The early appointment of a CEO is a positive sign that progress is being made with the new agency and that reform of gaming and gambling in Ireland is only a matter of time.

Anne Marie Caulfield’s appointment as CEO establishes a set chain of command and gives a captain at the helm before the official launch of the new authority, which is expected to become operational in 2023.

The General Scheme of the Gambling Regulation

The bill states that the new Gambling Regulatory Authority will have complete control over gambling licenses and gambling advertising in the nation. The scheme aims to modernize the advertising and licensing structure of Ireland’s gaming market.

This pivotal milestone will set the stage for the Gambling Regulatory Authority in Ireland. Players can put their minds at rest that the no deposit bonuses they’ll be playing with will be fair and according to strict bonus terms.

Some of the regulations that have been recommended by the scheme are to introduce a DNS (Domain Name System) block so that online casinos outside of Ireland cannot operate in the country without the proper licensing. They also look at modernizing the technology and systems to ensure proper age verifications and upgrading the security requirements for online casinos to match the industry standards.

The General Scheme looks to scrutinize not only traditional casino games advertising, but sports betting and gambling as well. There’s no clear decision yet, but there have been recommendations put forward to evaluate advertisements separately to ensure that the industry can advertise, but limit advertisements aimed at underage consumers and those at risk for problem gambling.

James Browne TD, the Minister of State in charge of Law Reform, made the decision to appoint Anne Marie Caulfield as the chief executive officer designate of Ireland’s Gambling Regulatory Authority.

“I am delighted to announce the appointment of Anne Marie Caulfield, who will bring a wealth of professional experience and expertise to the role,” said Browne.

Ms. Caulfield responded that “It is a great privilege to be appointed as CEO Designate of the Gambling Regulatory Authority of Ireland. Effective and efficient regulation of this sector is crucial and I relish the challenge of putting that framework in place.”

Anne Marie Caulfield was the principal officer of the Public Service Workforce in the   Department of Public Expenditure and Reform. She brings a wealth of experience in leadership and public policy that will undoubtedly be crucial to the new regulatory authority.

She will be able to lend her experience and expertise to the organization from the ground up as policies and procedures are built from scratch for the new organization. Anne Marie Caulfield will be crucial in the formation of how the new regulatory authority will run and the formation of new legislation moving forward for Ireland’s gambling scene.

In order to ensure a smooth transition of the regulatory body into being, Ireland’s Department of Justice established a Program Board to oversee the entire process. The early appointment of Anne Marie Caulfield is just one of the steps along the path to the final formation of the Gambling Regulatory Authority. The Program Board is designed to set up the Regulatory Authority for success so that all aspects and legalities are finalized by the time they go live in 2023.

The early appointment of Anne Marie Caulfield is just one of the moves made to ensure a smooth foundation for the fledgling Authority. Anne Marie Caulfield is a veteran of public regulations and having the CEO and leadership well-established throughout the formation of the new government regulatory authority will ensure that there is an established and clear chain of command from the start.