Vitamin D is completely different from the other vitamins. In fact, it is a steroid hormone that is produced with cholesterol as a raw material when the skin is exposed to the sun.

Contents hide
1 What is Vitamin D?
1.1 What effects does it produce in the body?
1.1.1 Sunlight is the best way to generate Vitamin D
1.1.1.1 There are few foods that contain this vitamin in significant amounts:
1.1.1.1.1 Vitamin D deficiency is a serious matter
1.1.2 The benefits of consuming a lot of Vitamin D
1.1.2.1 The recommended daily dose of vitamin D is as follows:

However, sun exposure is in most people inadequate. And it becomes necessary, thus, to incorporate more through diet, or by taking supplements.

This is important because vitamin D is essential for optimal health. Unfortunately, only a handful of foods contain significant amounts of this vitamin and its deficiency is very common.

In fact, according to data collected between 2005 and 2006, 41.6% of the US population poorly incorporates this critical vitamin-hormone.

What is Vitamin D?

Vitamin D, such as A, E and K, belongs to the group of fat-soluble vitamins. This means that it dissolves in fat and can be stored in the body for a long time. In the diet, it comes in two main forms:

Of the two, D3 is the one that should matter most, since it is almost twice as effective as the D2 variety when raising blood levels of vitamin D.

Summary: Vitamin D is a fat-soluble vitamin that can be stored by the body for long periods of time. It comes in two varieties: D2 and D3, the latter being the most effective.

What effects does it produce in the body?

Actually, vitamin D alone can’t do much. You need to go through two transformations first to become active.

First, it converts to Calcifediol in the liver. This is the way in which the vitamin is lodged in the body. Then it is transformed into calcitriol, mostly in the kidneys. And this is the active form of vitamin D.

Calcitriol travels through the body to the nucleus of the cells. There it interacts with a receptor commonly called VDR, which is found in all body cells.

When the active form of vitamin D binds to this receptor, it “turns on” or “turns off” the genes, leading to changes in the cell. This is the way in which most steroid hormones work.

It is known that vitamin D affects several cells related to bone health, for example telling cells in the intestine to absorb calcium and phosphorus.

But some scientists have recently found that it is involved in several other processes, including immune function and protection against cancer.

Summary: Vitamin D is converted to Calcifediol, the form in which it is stored, and then calcitriol, the active form. Calcitriol binds to vitamin D receptors in cells, “turning on” or “turning off” genes.

Sunlight is the best way to generate Vitamin D

Vitamin D can be produced when the cholesterol present in the skin is exposed to the sun. The ultraviolet B (UVB) rays of the sun provide the energy necessary for this reaction to occur.

If you live where there is plenty of sunshine all year, you can probably get all the necessary vitamin D only by being outdoors and sunbathing a few times a week.

Keep in mind that a good amount of the body must be exposed. If only the face and hands are exposed, much less vitamin D will be generated. If you are behind a glass or using a sunscreen, practically nothing will be produced.

Thus, if it is decided to get vitamin D from the sun, at the same time it is important to ensure that the skin is not burned to avoid the risk of skin cancer or premature aging.

If you are looking to stay under the sun for long moments, it is a good idea to expose yourself first without sunscreen for less than half an hour (Depending on the sensitivity of the skin) and then apply it.

Vitamin D is stored in the body for a long time, weeks or months. So only occasional sun is needed to maintain adequate levels.

Even so, not all people live in places where there is sun all year. In these cases, getting vitamin D from food or supplements is essential, especially during the winter months.

Summary: Sunlight is the best way to generate vitamin D, but the sunscreen blocks its production. And many people do not have access to the sun throughout the year.

There are few foods that contain this vitamin in significant amounts:

Although fatty fish such as salmon, green, swordfish, trout, tuna and sardines are acceptable sources of vitamin D, they should be consumed almost every day to get enough.

The only really good dietary source of this vitamin is fish liver oils, such as cod liver, which in a tablespoon contains almost twice as much as the recommended daily amount.

In addition, some dairy and cereals are sometimes fortified with vitamin D. Some mushrooms also contain it and egg yolks include a small amount.

Summary: Cod liver oil is the best source of vitamin D3. Fatty fish are also a good source, but they must be consumed regularly to acquire enough.

Although vitamin D deficiency is one of the most common, some people are at greater risk than others. In the African-American and Hispanic population, the incidence seems to be higher, as in older adults.

People who suffer from certain diseases are also more likely to suffer from deficiency. For example, one study showed that 96% of patients who suffered heart attacks had low levels of vitamin D.

Unfortunately, vitamin D deficiency is a silent epidemic. The symptoms are usually subtle and can take years or even decades to manifest .

The best-known symptom of a lack of vitamin D is rickets, a common bone disease in children in developing countries.

However, because of health measures taken decades ago, some foods began to be fortified with vitamin D, which almost completely eliminated rickets in Western societies.

Deficiency of this vitamin has also been linked to osteoporosis, reduced mineral density and an increased risk of fractures in the elderly.

Some studies also showed that people with low vitamin D have a much higher risk of heart disease, diabetes (both type 1 and type 2), cancer, dementia and autoimmune diseases such as multiple sclerosis. In addition, it was associated with an increased risk of death from any cause.

If it is vitamin D deficiency that actually contributes to these diseases, or if people who suffer from it are only more likely to develop them, it is not entirely clear.

Summary: Lack of vitamin D is a well-known cause of rickets in children. And it has also been linked to many other health problems and a lower life expectancy.

The benefits of consuming a lot of Vitamin D

Some potential benefits of incorporating a good amount of vitamin D are the following:

However, it should be borne in mind that, according to a review published in 2014, more evidence is needed to confirm several of these benefits.

How much should it take?

The only way to know if you have vitamin D deficiency and if a supplement is necessary is to measure blood levels. Any measurement of Calcifediol (The way in which the vitamin is stored) less than 12 ng/mL is considered deficient, and above 20 ng/mL is considered adequate.

The recommended daily dose of vitamin D is as follows:

Although the official point below which vitamin D is considered deficient is 12 ng/ml. Many experts think that people should aim at blood levels above 30 ng/ml for good health.

Additionally, many believe that the recommended dose is too low and that people need much more vitamin D to reach optimal levels (35).

Make sure you also take vitamin D3, not D2. Vitamin D3 capsules are available in most pharmacies.

What happens if you take too much?

It is a myth that it is easy to reach an overdose of vitamin D. Its toxicity is rare and only happens if exorbitant doses are taken for long periods of time.

“Pandemic” Announced as Word of The Year in 2020 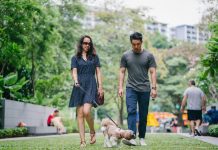 How is lifestyle Determining the Health Condition of Young Men Now? 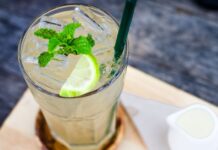 Benefits of Lemon Water with Flaxseeds 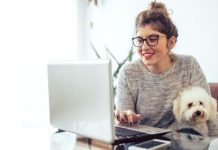