Cyclone Yaas is expected to make landfall in Odisha of India around noon on May 26, the India Meteorological Department said.

Contents hide
1 Cyclone Yaas is expected to turn into a very severe cyclonic storm
2 Bangladeshi seaports are requested to hoist Signal No. 2
2.1 What was the name of the cyclone “Jaas”?

The cyclone is very likely to cross the north coast of Odisha and West Bengal between Paradip and Sagar Islands around noon on Wednesday in the form of a “very strong cyclonic storm”. Winds of 155-165 km/h with gusts up to 180 km/h are expected.

“It (Cyclone Yaas) is very likely to move slowly north-northwestward, intensify and become a very strong cyclonic storm in the next 24 hours,” the IMD’s cyclone warning division said in a statement.

The governments of West Bengal and Odisha are preparing to deal with the aftermath of the cyclone.

In another development, Union Home Minister Amit Shah on Monday held a meeting with the chief ministers of Odisha, Andhra Pradesh, and West Bengal and the lieutenant governor of Andaman and Nicobar Islands through video conference to discuss preparations for Cyclone Yaas.

The India Meteorological Department reported on Monday that the low-pressure area in the Bay of Bengal has intensified into Cyclonic Storm Yaas and is expected to cross the coast of Odisha and Bengal on May 26 and become a very severe cyclonic storm.

Eastern Railways in India has already suspended 25 trains from May 24-29 due to Cyclone Yaas. On Sunday, forces transported 950 NDRF members and 26 helicopters are on standby.

A massive evacuation drive will be launched in all low-lying areas after the announcement of the cyclone Yaas. The IMD is predicting that a tidal surge of 2-4.5 meters may occur during the landfall of Yaas, Indian media report.

Bangladeshi seaports are requested to hoist Signal No. 2

The seaports of Chattogram, Cox’s Bazar, Mongla, and Paira have been ordered to lift long-range warning signal number 2 today instead of warning signal number 1 due to the intensification of the low-pressure area over the southeast bay and adjacent to the Andaman Sea to form cyclonic storm Yaas.

It is likely to strengthen and move north-northwestward.

Maximum sustained wind speed within 54 km from the center of the low is about 62 KPH, increasing to 88 KPH in gusty or squally conditions, according to the special weather bulletin of Bangladesh Meteorological Department.

The sea will remain very rough near the center of the low.

What was the name of the cyclone “Jaas”?

As Bangladesh, West Bengal and Odisha prepare for Cyclone Yaas, let’s see how it got its name.

Cyclones are named after countries in the region according to their rotation.

The name of the Cyclone Yaas was given by Oman, in accordance with a standard procedure.

The word “Yaas” is believed to come from the Farsi language and means “Jasmine” in English.

The practice of naming tropical cyclones began many years ago. Countries in the northern Indian Ocean began doing so in 2000. According to an article on the public.wmo.int website, the names are arranged alphabetically by country and are gender-neutral.

In the Atlantic and Southern Hemispheres (the Indian Ocean and South Pacific), tropical cyclones are named in alphabetical order, alternating male and female names.

This was done to quickly identify hurricanes in weather warning reports. It is also intended to make it easier for the media to use them in their reporting. These names also increase public interest and help to better prepare, according to the article.

Apart from this, if you want to know about how many ounces in a quart, how many cups in a quart, Microsoft Office Suite, you can follow our Entertainment and Technology category too. 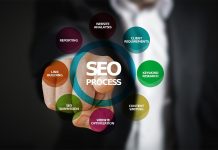 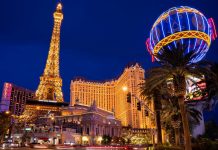 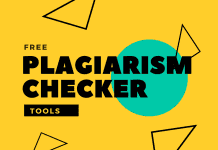 Get Rid of Your Skin Problems Using CBD Enhanced Products