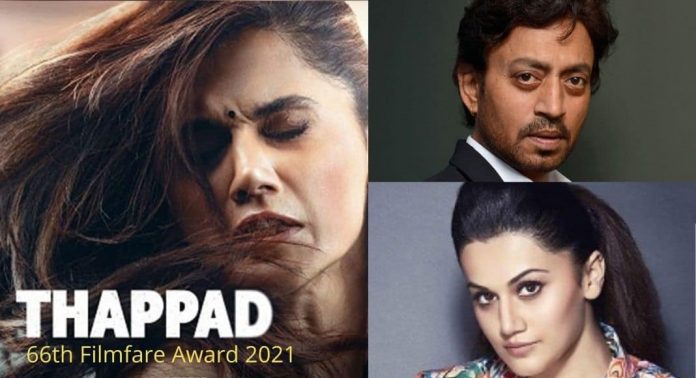 The 66th Filmfare Award-2021 has finally been announced in India. The award was announced on the digital platform due to the Coronavirus epidemic. Late actor Irrfan Khan receives Filmfare Lifetime Award. He also won the Best Actor award for “Angrezi Medium”.

Anubhav Sinha has directed the best actress trophy in ‘Thappad’ in the hands of Taapsee Pannu for her brilliant performance as Amrita. Legendary actor Amitabh Bachchan won the Best Actor (Critic) award in recognition of his performance in “Gulabo Sitabo”.

You will find the full list of winners below: