The United States, a country of 50 states covering a vast swath of North America, is made up of so many diverse destinations. There are so many cities in the USA to visit those but it can be hard to choose where to head to first. We have put together a list of our top 10 cities in the USA, where you can visit beautiful coasts, Majestic Mountain, cultural centres and various parks. From New York to Pennsylvania, here are the 10 cities to go now.

Big Apple, a nickname for New York City, is a popularized place for anyone who will give first priority to visit it. “Times Square” as famous for major commercial intersection and tourist destination, large complex “Rockefeller Center”, US’s largest art museum “The Metropolitan Museum of Art” have attractions and excitement for all hours.

Besides, we think everyone should visit at least once the places –The Empire State Building, Statue of Liberty and Macy’s, Central Park.

Orlando, a city in central Florida, is home to more than a dozen theme parks. Magic Kingdom, Orlando, Florida is the perfect place to vacation. SeaWorld, Universal Orlando and Islands of Adventure are more popularized parks out of many theme ones.

Hotel prices range: Less than 70 euros for two people in a three-star hotel and minimum 215 Euros for a five-star hotel like the Ritz Carlton Orlando.

Las Vegas is the 28th-most populated city in the US. It is a fabulous city with great food, fancy shops and endless fun and excitement. You can visit the MGM Grand. The Forum Shop, an upscale shopping mall connected to Caesars Palace, is the best place to do some shopping. The largest contemporary circus producer in the world, Cirque du Soleil, is situated in Las Vegas. Children love the Circus, or the roller coaster in Las Vegas.

Hotel prices range: Less than 70 Euros for a five-star hotel within the premises. Many casino businessmen offer very cheap room and meal to attract the gamblers.

Los Angeles is the center of the nation’s film and television industry. Beverly Hills, the Hollywood Bowl and the Walk of Fame are some of the most attracted places in California. The city is also more important to take a stroll through Venice Beach, have a drink at the Beverly Hills Hotel or visit the shops of Rodeo Drive, and to see where your favorite celebrities live. There are lots of bus tours that will show you who lives below the Hollywood sign!

Hotel prices range: Less than 70 Euros for a two-star hotel and more than 145 euros for a five-star hotel like “The London West Hollywood”.

New Orleans, a Louisiana city on the Mississippi River, near the Gulf of Mexico, is the best city to visit for fun, parties, events and culture. From Bourbon Street to a cruise on the Mississippi River, New Orleans offers excitement and fun, even after the Mardi Gras carnival. Enjoy Creole cuisine with your traditional sandwich called “Po’boy” and julep mint cocktails. Practice golf or go shopping and enjoy some jazz at night in the French Quarter. New Orleans has nightlife and festivals throughout the year!

Denver, the capital of Colorado, is an American metropolis dating to the Old West era. If you don’t ski, there’s a lot to do in Denver over the years from the Botanic Gardens and the Denver Zoo to the Red Rocks amphitheater and Coors Brewery excursions. Visit the US Mint or the Buffalo Bill Museum. Of course, there are always fun activities in the snow, such as snowmobiles, tubes and ice skating.

Hotel prices: Less than 70 Euros for a two-star hotel and more than 215 euros for a five-star hotel like “Four Seasons in Denver”.

Anchorage, Alaska’s largest city, is a unified home rule municipality in the US state of Alaska, on the West Coast of the US. There is fun for the whole family in the beautiful city. Visit the largest indoor water park in the country, H2Oasis, dig for dinosaur bones at the Alaska Museum of Natural History. Visitors enjoy the bears at the Alaska Wildlife Conservation Center. Scenic day tours, walks, fairs and festivals are all very fun.

There are many of the hotels in the city. The hotels offer bed and breakfast for only about 70 Euro for a night.

Honolulu, on the island of Oahu’s south shore, is the capital and largest city of the US state of Hawaii and gateway to the US island chain. With white sand beaches, surfing and magnificent skies, there is more attractive places to enjoy the beautiful Honolulu. Enjoy the views at Manoa Falls or take a walk along the Diamond Head tuff and go to see the Legends in Concert in Waikiki at night. For fans of military history, visit the Pearl Harbor National Monument or the USS Missouri Memorial. Relax with some yoga at sunset before attending a traditional Hawaiian luau or banquet.

Hotel prices: Less than 70 euros for a two-star hotel and about 215 Euros for a five-star hotel like “the Royal Hawaiian in Waikiki”.

San Antonio is a major city in south-central Texas with a rich colonial heritage. From beautiful Riverwalk to El Alamo, San Antonio is the mecca of history and nightlife. There is fun for the whole family with the San Antonio Zoo, the Six Flags, SeaWorld and San Antonio theme parks.

Hershey is just east of Pennsylvania’s state capital, Harrisburg. The famous Hershey Park and Chocolate World is fun for the whole family and for chocolate lovers alike there. Hershey also has the Hershey Gardens, the Old Automobile Museum,as well as some spectacular golf courses.

Hotel prices: Less than 35 Euros for a two-star hotel and more than 70 Euros for three to four stars.

Read Also: The Best Places in the United States for 2020

Best Side Hustle Ideas for 2020 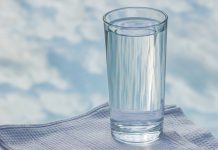 A Glass of Lukewarm Water can Bring You Many Benefits 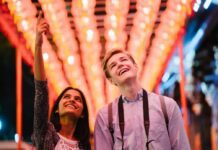 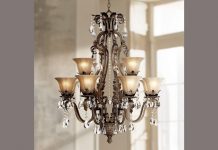 Do You Know the Facts Behind the Prisms in Chandelier? 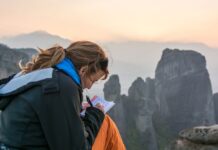 The Digital Nomad Era: 3 Best Places to Be a Digital...