The ultimate desktop now features much faster performance, SSDs across the line, an even more stunning Retina 5K display, and higher quality camera, speakers, and mics.

Apple has announced a major update to its 27-inch iMac. By far the most powerful and capable iMac ever, it features faster Intel processors up to 10 cores, double the memory capacity, next-generation AMD graphics, superfast SSDs across the line with four times the storage capacity.

There is a new nano-texture glass option for an even more stunning Retina 5K display, a 1080p FaceTime HD camera, higher fidelity speakers, and studio-quality mics.
For the consumer using their iMac all day, every day, to the aspiring creative looking for inspiration, to the serious pro pushing the limits of their creativity, the new 27-inch iMac delivers the ultimate desktop experience that is now better in every way.

“Now more than ever, our customers are relying on the Mac. And many of them need the most powerful and capable iMac we’ve ever made,” said Tom Boger, Apple’s senior director of Mac and iPad Product Marketing. “With blazing performance, double the memory, SSDs across the line with quadruple the storage, an even more stunning Retina 5K display, a better camera, higher fidelity speakers, and studio-quality mics, the 27-inch iMac is loaded with new features at the same price. It’s the ultimate desktop, to work, create, and communicate.”

Up to 10-Core Processors and More Memory Capacity

Whether composing a new song with hundreds of tracks, compiling thousands of lines of code, or processing large photos with machine learning, the 27-inch iMac, with the latest 6- and 8-core 10th-generation Intel processors, has pro-level performance for a wide range of needs. For pros who need to push iMac even further, the 27-inch iMac has a 10-core processor option for the first time, with Turbo Boost speeds reaching 5.0GHz for up to 65 percent faster CPU performance. And when working with memory-intensive applications, iMac features double the memory capacity for up to 128GB.

When compared to the previous-generation 8-core 27-inch iMac, the new iMac delivers:

SSDs and Apple T2 Security Chip Across the Line

The 27-inch iMac now comes standard with SSDs across the line, delivering blazing-fast performance up to 3.4GB/s for launching applications and opening large files. For users who need massive amounts of storage, iMac also features an 8TB SSD option for the first time — four times the SSD capacity of the previous-generation 27-inch iMac.

iMac also includes the Apple T2 Security Chip, Apple’s own custom-designed, second-generation silicon. The storage controller in the T2 Security Chip provides on-the-fly data encryption for everything stored on the SSD, so files and data are safe and secure. And the T2 chip also checks that software loaded during the boot process has not been tampered with, giving the 27-inch iMac, and any Mac with the T2 chip, the most secure storage and boot process of any computer. 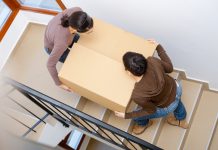 What National Moving Companies Say about Safe Relocation during Covid-19? 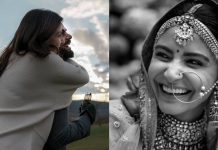 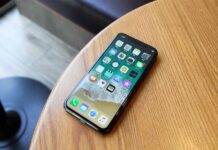 5 Things That iPhones Can’t Do 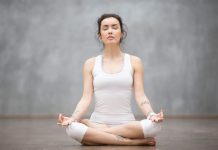 What You Should Know About the New iWatch 6