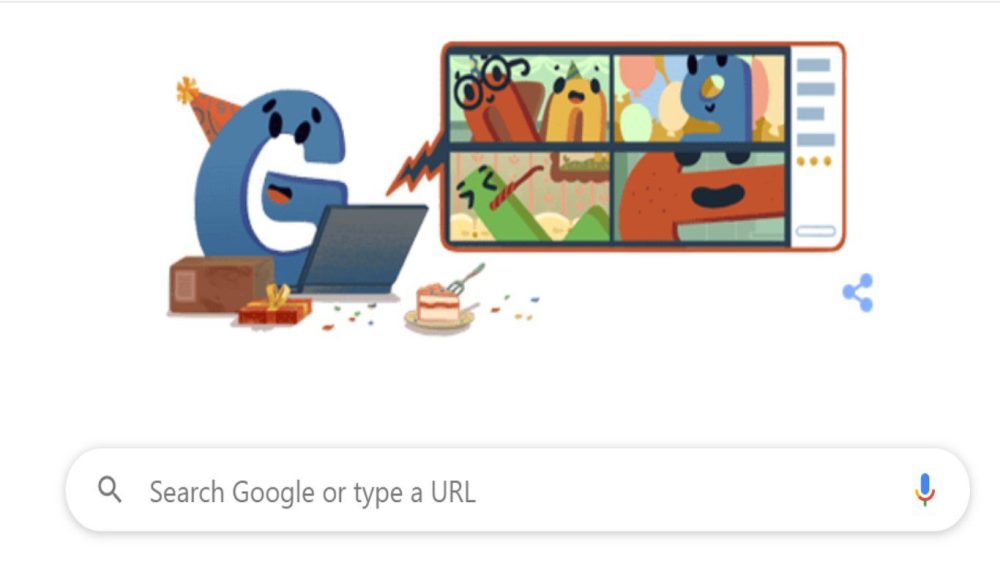 Google has created a special doodle on this occasion. The Google Doodle on this very day features the logo ‘G’ sitting in front of a laptop doing a video call. The video call is with the rest of the letters – OOGLE on the occasion of Google’s 22nd birthday celebration. There’s also a piece of cake and presents in the Google Doodle. The representation of the Doodle is quite appropriate for the present situation where most people have celebrated and still are through video calls due to Coronavirus.

BackRub was the first name

Before launching Google officially, Page and Brin named it ‘ BackRub’ in 1996, but it was later named — googled. When the World Wide Web (www) was in its early stages, the two students conceived to create a system that provided information from all over the world. This thinking gave birth to Google.

Google started making doodles from the first year 1998 when it is launched officially. After making the first doodles, Google made it a tradition. Today, Google celebrates every special occasion through its doodles. Apart from this, Google has also deployed a special team to make doodles that only do this.

Works in more than 100 languages

Today, Google is the most preferred search engine in the world and works in more than 100 languages. In the past 21 years, the company touched new heights of progress and today it is the world’s top multinational technology company.

The search engine giant initially got a stiff bump from search engines like Yahoo and Ask Creatures. However, Google improved its services over time and became the world’s most preferred search engine. Google’s parent company is Alphabet Inc. and it today announced Q2 2020 earnings with $38.3 billion in revenue.