Sanditon season 2 is likely to happen soon. So, Sanditon is coming back after all of the circumstances. We thought it couldn’t happen. But then… Sanditon season 2 is happening. Yes, after 18 months of active fan campaigning and hard work behind the scenes, a surprise announcement has been made.

“I think we could all use a little joy on our TV screens and a good dose of fresh sea air,” says Belinda Campbell, spokesperson for production company Red Planet Pictures. But it doesn’t take sea air to blow our minds.

The Jane Austen-inspired period drama has been renewed not only for a second season but also for a third. Screenwriter and Austen series adapter Andrew Davies has been joined by Justin Young. We’re told their “sensational scripts” are “relevant, timely, and compelling.” Let’s go!

Sanditon, the endearing drama based on Jane Austen’s last unfinished novel, was canceled at the end of 2019…. and just as unexpected! But thanks to a perfect storm of fan campaigns, luck, and the timely arrival of the historical novel Bridgerton on Netflix. The series has been given a surprising new life… and Sanditon season 2.

Sanditon season 2: A miracle to happen

Yes, there is Sanditon season 2, and while the returning series is a bit different from the first. Austin fans have a lot to look forward to. After all, most of us have already given up hope that it will never happen.

Here’s a recap of everything we know so far about the series’ surprise renewal, including which actors from Sanditon season 1 will return. Who will do the next season and who won’t and when we can expect to see this little gem on our screens.

Will there be Sanditon season 2?

Despite the period drama’s official cancellation at the end of 2019, Sanditon will indeed return, and not just for a second season, but for a third!

Filming for the Sanditon season 2 will begin later this year in and around Bristol, but it is not yet known when we will see the new episodes on our screens. Filming is expected to begin in 2021 and the second season is expected to air in the UK in 2022, according to BritBox.

At this time, very little is known about the stories that might be told in seasons two and Sanditon season 3. The initial description of the upcoming seasons from PBS is fairly straightforward but promises more romance and adventure for Charlotte Heywood in the quaint resort town called.

Fans are eagerly awaiting a sequel after the end of the first season. The drama will continue to follow spirited, independent heroine Charlotte Heywood of Rose Williams, and Curfew as she returns to the quaint seaside town of Sanditon. Charlotte’s journey is just one thread in an intricate tapestry of suspenseful stories filled with intrigue, excitement, and romance. Set against the backdrop of beautiful scenery, familiar faces return and new residents appear, all with adventures as lighthearted and surprising as the seaside town itself.

Sanditon season 2 cast: who is returning?

“The cast will be announced in the future,” he says. But Rose Williams is definitely on board, and that’s a good thing because she’s the lead. She tweeted, “I couldn’t be more thrilled. The continued support for our show is so appreciated and so effective! I can’t wait to be back in Charlotte’s shoes.”

Chris Marshall should return as Tom Parker and Crystal Clarke as Georgiana Lambe. Also returning are Terlof Convery (Arthur Parker), Lily Sacofsky (Clara Brereton), and Anne Reed (Lady Denham). We are awaiting word on Leo Souter and other main characters from the first season. Sadly, the series has lost its previous lead, Theo James (Sidney Parker) having confirmed that he will not be returning in future seasons.

We are not entirely sure if the cast will return to the series. After all, they are all working actors who assumed their series was ending; some have found other work. Most importantly, at least it has been confirmed that star Rose Williams will return as Charlotte in Sanditon Seasons 2 and 3. Williams’ presence as the lead in Sanditon is by far the most necessary for the future of the series, so the announcement of her involvement is a huge relief.

Sadly, the lead actor will not be returning to the sea in the second season. Theo James, who played romantic hero Sidney Parker, has announced that his stint on the series is over and he will not be returning. The actor says that “the fractured story between Sidney and Charlotte is different, unique and so interesting,” but it seems just as likely that his new role on the upcoming HBO series Max, Time Traveler’s Wife, is partly responsible for his absence.

Here’s the official announcement: “The series will continue to follow spirited, independent heroine Charlotte Heywood as she returns to the quaint seaside town of Sanditon. Charlotte’s journey is just one thread in an intricate tapestry of suspenseful stories, full of intrigue, excitement, and romance. Set against the backdrop of beautiful scenery, familiar faces return and new residents appear, all with adventures as lighthearted and surprising as the seaside town itself.”

The series creators also assured, “While Sydney Parker won’t be returning, rest assured there will be plenty more romance and adventure for Sanditon’s heroine. We can’t wait to show you what we have in store.”

Andrew Davies, who originally created and hosted the series, will return to write some episodes and serve as executive producer of the drama. Justin Young, who wrote four episodes of the first season, will take over the development of the new seasons and serve as head writer and executive producer. Janice Okoh will join the series as a screenwriter.

Sanditon season 2: why is Theo James leaving the series?

The Sanditon series will return for a second season but without one of its main characters. Showrunner Theo James has announced that he will not return as Sidney Parker. The news comes shortly after PBS announced the surprise renewal of the two-season version of the drama and will disappoint fans who were hoping for a resolution to the romance between Sidney and Charlotte in the series’ second season.

James’ departure was confirmed through a post on the official Masterpiece PBS Twitter account. In a statement, the actor said it was the right time to leave the series. He considers that the story of his character in the Sanditon season 1 has come to a natural end.

“As much as I enjoyed playing Sidney, it was still important to me that her journey ended the way I wanted it to,” James explained. “The fractured fairy tale ending between Charlotte and Sidney is different, unique, and very interesting to me, and I wish the cast and crew of Sanditon much success in the upcoming series,” he added. While James will not return for Sanditon season 2, Williams confirmed that she will return as Charlotte.

“I couldn’t be more excited,” Williams tweeted following the Season 2 announcement. “The continued support for our show is so appreciated and so effective! I can’t wait to be back in Charlotte’s shoes.”

Although James believes Sidney’s storyline ended at the end of the first season, the show’s producers did not originally plan for his departure from the series.

In an interview with Vulture in 2020, Sanditon producer Belinda Campbell talked about the first season finale, which at the time was considered the end of the series. She noted that the goal was to extend the story over several seasons. She added that if the series is renewed, Charlotte and Sydney will end up together.

“Of course! We’re not that kinky,” she said. However, she defended Sydney’s decision to marry for money, not love.

“Historically, people have been forced to marry for money. That’s how it’s happened. And while it’s not a Jane Austen-inspired ending, it’s the reality of how many love stories end. And just like Charlotte’s arrival at Sanditon to get married, it’s a story about growing up and seeing the world for what it is,” Campbell added. “Part of it is that it involves pain, loss, and sacrifice. So there’s also an ending.”

Since production on the second season of Sanditon begins later this year, there are no new images we can see yet, and it will probably be a while before we see anything resembling a full trailer. But as soon as it appears, we’ll let you know.

How many seasons will the Sanditon series have? 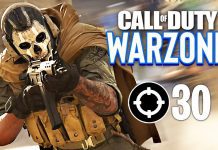 Warzone Game – Your Best Friend in Your Tough Times! 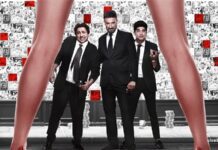 Trailer Review of Who’s your Daddy 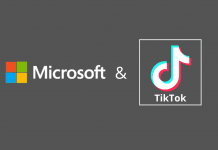 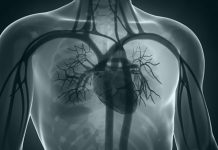